December 24, 2011
My preupgrade system was a dual boot (linux/win7) x86_64 system with a couple of hardware RAID arrays running FC14 with grub as the bootloader.  Graphics hardware is fairly modern and should not by itself pose a problem for Gnome3.
There are separate partitions for /home, /boot as well as a couple of others. I mostly relied on the Fedora Project preupgrade Wiki. 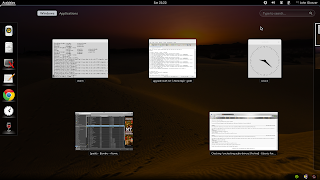